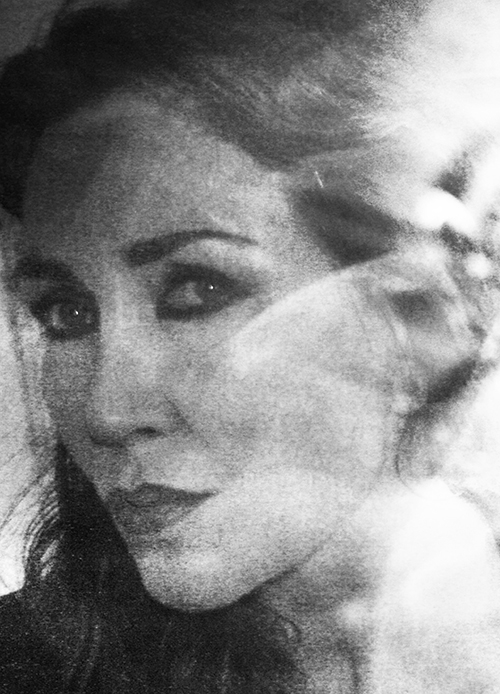 Amodali, the world-renowned artist, musician, writer, and magician is our guest in podcast episode 173 to discuss her essay “Introductory Theoria on Progressive Formulas of the Babalon Priestesshood,” published in the 2015 Three Hands Press anthology A Rose Veiled in Black. I’m thrilled to be able to bring you this interview with one of the most interesting practitioners of modern times where she discusses the 156 current and the system she developed for working with it soon to be fully revealed in the upcoming book The Marks of Teth, expected from Three Hands Press in 2017. “Amodali is an artist, musician, writer and magician from the U.K. who has produced an extensive body of work spanning over 30 years, specializing in research on the sexual mysteries of Babalon and the metaphysics and phenomenology of female occult anatomy. Amodali’s research is accompanied by in-depth complementary praxis and her multidisciplinary body of work has manifested internationally through ritual performances, C.D./album releases, art exhibitions and public lectures. She has initiated extensive investigation into the magical dimensions of sound and vocal expression, movement, trance techniques and sexuality and their relationship with female subtle architecture. Her interpretation of the magic of 156 is based on a personal practice which has been characterised by the negotiation and mastery of extreme sexual trance states which she describes as a form of physical scrying, she has found this direct form of ecstatic gnosis to be a distinctive characteristic of direct possession by Babalon.” “Amodali has developed a specific methodology for working with the highly charged sexual magic of Babalon, which has she developed since 1990 using the medium of ritual performance, most notably with the ‘Mother Destruction’ project which was created in collaboration with Patrick Leagas of 6 Comm. Mother Destruction recorded a large catalogue of musical works and toured extensively throughout Europe between 1990-2000. Amodali used the platform of Mother Destruction to extend her practice of extreme sexual entrancement into complex live ritual structures, which communicated some of the distinctive phenomenological aspects her ‘System 156’.” “The phenomenological and metaphysical structure of the female ‘magical body’, is often obscured and fragmented within Western Magical Traditions. Amodali’s forthcoming book ‘The Marks of Teth’ presents a Post-Thelemic interpretation of the goddess Babalon that expresses a feminine magical signifying language which is wholly erotic and evolutionary. The book reinforces the primacy of embodiment within multidimensional esoteric disciplines and enquiry, interpreting the occult anatomy of the female body as an autopoietic construction with its own defining initiatic imperatives and her ‘System 156’ promotes a defiantly independent spiritual path and a body-centred magical epistemology. Amodali’s predominantly heuristic practice is contextualised by research that encompasses many eras of the feminine gnosis, exploring the intersections between primordial Ophidian origins of the current within Northern European Paganism and the Western Magical Tradition and the modern interpretations of embodiment, sexuality, gender and feminine agency within the Phenomenology of Maurice Merleau-Ponty and Timothy Morton and the feminist philosophy of Luce Irigaray Julia Kristeva and Bracha Ettinger. Within these various contextual streams, the Enochian Universe of Dee and Kelley with its septenary motifs and feminine spirits takes on a primary importance in Amodali’s work, as representing the pivotal crystallisation of the feminine sexual current as embodied by Babalon.” “Amodali is a graduate of Liverpool School of Art and lecturer in Graphic Design. Recent projects include an ongoing series of vividly erotic visualizations and technical schema that illustrate the subtle anatomy of the Babalon priestess and the embodiment techniques of the magical ‘System 156’. The pieces feature an array of magical-corporeal signifiers which are assembled into intricate compositions, using labour-intensive collage techniques within a process that melds and transmutes photography and illustrations of sexual imagery into representations of the corpora of Babalon. Examples from this series have been exhibited in London, Seattle and Dublin in recent years. Her multimedia art project ‘Liber Incarnadine’ is an online interactive liturgy devoted to Babalon.

In recent years, Amodali has given talks has given talks on the magical, and phenomenological aspects of  the magical body of the 156 current at events such as the ‘Ecology,Cosmos and Consciousness’ Lecture series in London and the Esoteric Book Conference in the United States. An introduction to her magical system is featured in the essay ‘Introductory Theoria on Progressive Formulas of the Babalon Priestesshood’ as part of the Three Hands Press Anthology published in 2015 entitled A Rose Veiled in Black. An extensive synthesis of her magical practice, The Marks of Teth will be published by Three Hands Press in 2017.” In the Occult of Personality Membership Section, you’ll find the second half of the interview with Amodali featuring extensive exploration of the 156 System, its historical influences and its implications. Don’t miss that excellent, exclusive recording. Just go to http://occultofpersonality.net/membership and sign up if you haven’t already. It’s the best way to support the podcast while receiving access to a tremendous amount of additional exclusive content.

Details of the A Rose veiled in Black Anthology on Three Hands Press can be found at https://threehandspress.com/shop/a-rose-veiled-in-black/

Amodali has written several introductory essays elucidating her interpretation of the 156 current based on public lectures delivered in recent years.

The ‘Liber Incarnadine’ project can be found at http://www.liberincarnadine.com/