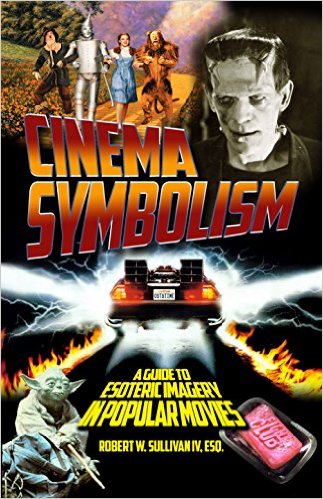 Robert W. Sullivan IV, author of Cinema Symbolism: A Guide to Esoteric Imagery in Popular Movies, returns to the show in podcast episode 167. Sullivan was our guest previously in episode 146 to discuss his prior book The Royal Arch of Enoch: The Impact of Masonic Ritual, Philosophy, and Symbolism. Cinema Symbolism: A Guide to Esoteric Imagery in Popular Movies is about occult, numerological, astrological, mythological, alchemical, Tarot, and kabbalistic iconography and symbolism contained within popular movies. Films analyzed include The Exorcist, The Back to the Future Trilogy, Star Wars (Episodes I-VI), The Lord of the Rings, The Wizard of Oz, Black Swan, 9 ½ Weeks, The Fifth Element, Monty Python and the Holy Grail, the James Bond movies, and The Matrix among many others. Robert Sullivan’s Cinema Symbolism is a tour de force through modern film exploring the esoteric symbolism encoded within popular movies. I appreciate the insight, expertise, and thorough nature of the analysis. The symbolic ideas explored by the book are serious subjects, but it’s still readable at the same time. I also appreciate the authority that Sullivan brings to this subject. Based only on his previous book, The Royal Arch of Enoch, Sullivan is not only highly qualified on the subject of esoteric symbolism, philosophy, religion, and history, but his personal experience with Freemasonry makes his writing on the subject superior to all other analyses of popular entertainment. If you enjoy movies and want to know about the esoteric symbolism some of them convey, this is a must read. Highly recommended! In the Occult of Personality Membership Section, Robert Sullivan continues our discussion about esoteric symbolism in popular film including popular movies as prophecy (9/11) and directory Stanley Kubrick’s film The Shining‘s allusions to NASA and the space program. This second part of the interview with Sullivan was actually the highlight of our conversation and you’ll definitely enjoy it. Just go to occultofpersonality.net/membership and click Join Now, if you haven’t already. It’s the best way to support the podcast while receiving access to a tremendous amount of additional exclusive content.