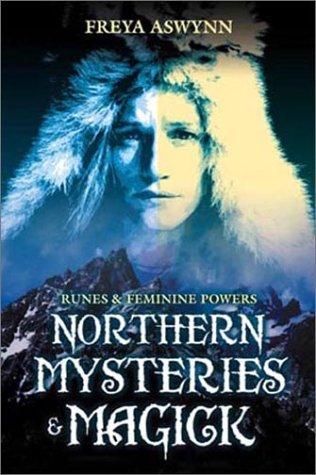 Internationally renowned author, teacher, performer, psychic, and artist Freya Aswynn is our guest in podcast episode 109. Freya has been studying, practicing, and teaching the Nordic mysteries for almost three decades and her work with the Runes is particularly noteworthy. Freya begins the interview by describing her difficult and challenging childhood. A naturally gifted psychic and self-educated practitioner, she talks about her calling to work in the Norse and Germanic mysteries at a time when few others were doing so. Freya talks about her remarkable link to Odin and the Runes, and the manner in which this connection occurred. She also elaborates on the history of the Norse and Germanic pantheon, from Medieval times to more modern negative political associations. Freya’s creativity is also remarkable. In addition to writing books, she’s also involved in making music, performance, and painting. Self-described as feral and antinomian, her early life was a struggle that can serve as an example to others. She freely shares her story as an inspiration, especially to those who are psychically gifted and have experienced a traumatic childhood. Join Freya Aswynn and I in the Occult of Personality Membership Section to hear more about the Runes, the Northern Mysteries, and much more.

The Runes by Freya Aswynn

Power and Principles of the Runes by Freya Aswynn

Witchcraft and Magic in the Nordic Middle Ages by Stephen A. Mitchell