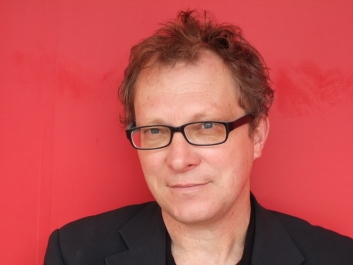 Gary Lachman, author of The Secret Teachers of the Western World, and many other books on esoteric themes, is our guest in podcast episode 165.

“Gary Lachman is one of today’s most respected writers on esoteric and occult themes. His many books – including Madame Blavatsky, Aleister Crowley, Swedenborg, Jung the Mystic, and Rudolf Steiner – have received international acclaim. A founding member of the band Blondie, Lachman has been inducted into the Rock and Roll Hall of Fame. He lives in London and you can find his web site at garylachman.co.uk.” “This epic study unveils the esoteric masters who have covertly impacted the intellectual development of the West, from Pythagoras and Zoroaster to the modern icons Jean Gebser and Schwaller de Lubicz.

“Running alongside the mainstream of Western intellectual history is another current, which, in a very real sense, should take pride of place, but which for the last few centuries has occupied a shadowy, inferior position, somewhere underground. This “other” stream forms the subject of Gary Lachman’s sweeping history and analysis The Secret Teachers of the Western World.

“In this clarifying, accessible, and fascinating study, the acclaimed historian explores the Western esoteric tradition – a thought movement with ancient roots and modern expressions, which, in a broad sense, regards the cosmos as a living, spiritual, meaningful being and humankind as having a unique obligation and responsibility in it.

“The historical roots of our “counter tradition,” as Lachman explores, have their beginning in Alexandria around the time of Christ. It was then that we find the first written accounts of the ancient tradition, which had earlier been passed on orally. Here, in this remarkable city, filled with teachers, philosophers, and mystics from Egypt, Greece, Asia, and other parts of the world, in a multi-cultural, multi-faith, and pluralistic society, a synthesis took place, a creative blending of different ideas and visions, which gave the hidden tradition the eclectic character it retains today.

“With many detours and dead ends, we now seem to be slowly moving into a watershed. It has become clear that the dominant, left-brain, reductionist view, once so liberating and exciting, has run out of steam, and the promise of that much-sought-after “paradigm change” seems possible. We may be on the brink of a culminating moment of the esoteric intellectual tradition of the West.” “It was, we remember, the fusion of the old and new that characterized the Renaissance, and we seek as similar “Goldilocks moment,” when the balance between the two [modes of consciousness] will be “just right.” And while I am not suggesting that we are definitely on the cusp of a similarly creative time – I make no prophecy of yet another new age – there is no reason to believe such an outcome is impossible. Making it possible is up to us. Any lasting change must first take place in the individual. Future historians will have to determine the outcome and what, if anything, we today have learned from the secret teachers of the western world.” – Gary Lachman, The Secret Teachers of the Western World, p. 464 I very much appreciated this most recent book by Gary Lachman because of the way he explores the history of western esotericism by walking the line between initiate and scholar with ease. I also thought the underlying narrative about human consciousness was both necessary and masterfully done. I think this book deserves a place on your shelf and from the interview, the depth of Lachman’s knowledge about his subjects is clear. I highly recommend The Secret Teachers of the Western World. In the Occult of Personality Membership Section, Gary Lachman talks more about his epic tome, The Secret Teachers of the Western World as we continue to explore some of the most important, but lesser known figures in western esotericism. Don’t miss second half of this excellent interview. Just go to occultofpersonality.net/membership and join now if you haven’t already. It’s the best way to support the podcast while receiving access to a tremendous amount of additional exclusive content.

The Secret Teachers of the Western World by Gary Lachman

The Quest for Hermes Trismegistus: From Ancient Egypt to the Modern World by Gary Lachman

A Secret History of Consciousness by Gary Lachman

Revolutionaries of the Soul: Reflections on Magicians, Philosophers, and Occultists by Gary Lachman

Rudolf Steiner: An Introduction to His Life and Work by Gary Lachman

Swedenborg: An Introduction to His Life and Ideas by Gary Lachman

Madame Blavatsky: The Mother of Modern Spirituality by Gary Lachman

Aleister Crowley: Magick, Rock and Roll, and the Wickedest Man in the World by Gary Lachman

In Search of P. D. Ouspensky: The Genius in the Shadow of Gurdjieff by Gary Lachman

Jung the Mystic: The Esoteric Dimensions of Carl Jung’s Life and Teachings by Gary Lachman

A Dark Muse: A History of the Occult by Gary Lachman

The Caretakers of the Cosmos: Living Responsibly in an Unfinished World by Gary Lachman

Politics and the Occult: The Left, the Right, and the Radically Unseen by Gary Lachman

Turn Off Your Mind: The Mystic Sixties and the Dark Side of the Age of Aquarius by Gary Lachman

Available for pre-order – Beyond the Robot: The Life and Work of Colin Wilson by Gary Lachman