Magickal Art in the New Aeon 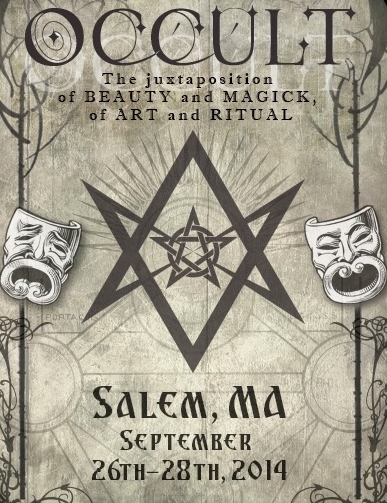 OCCULT Arts Salon 2014 was the second annual weekend long esoteric salon honoring, exploring, and celebrating the intertwining vines which feed both magick and creative art. Featuring workshops/lectures, art exhibition/salon, panel discussion, performances, rituals, and masque. The primary intention of the panel discussion was to explore how ideas about divisions in time, ages or aeons, affect creativity and various movements in art, music, performance, and literature.

The discussion was moderated by your host, Greg Kaminsky, and the panelists were (in order of appearance): In the Occult of Personality Membership Section, subscribers can listen to a presentation on inner alchemy that was recorded at the Hermetic Arts Learning Center in Salem, Massachusetts on the evening of November 14, 2014, along with an additional offer for subscribers to participate in an ongoing series of online classes about inner alchemy. Membership provides access to a tremendous archive of additional interviews and teachings for a low monthly fee while helping to support the production and distribution of the show. Join now to receive access to all the exclusive content!