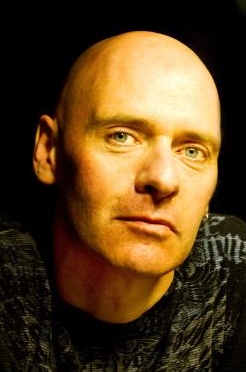 Nick Redfern, author of Bloodline of the Gods: Unravel the Mystery of the Human Blood Type to Reveal the Aliens Among Us, is our guest in podcast episode 164.

“Nick Redfern works full time as a writer, lecturer, and journalist. He writes about a wide range of unsolved mysteries, including Bigfoot, UFOs, the Loch Ness Monster, alien encounters, and government conspiracies. Nick has written 33 books, including Men in Black, The Zombie Book, For Nobody’s Eyes Only, Final Events, Secret History, Monster Files, The World’s Weirdest Places, The Pyramids and the Pentagon, and Chupacabra Road Trip. He writes for the MUFON UFO Journal and Mysterious Universe. Nick has appeared on numerous television shows, including The History Channel’s Ancient Aliens, Monster Quest, and UFO Hunters, National Geographic Channel’s The Truth about UFOs and Paranatural, BBC’s Out of this World, and SyFy Channel’s Proof Positive.” “Are significant numbers of humanity the product of an ancient and advanced alien civilization? Have we, across the millennia, been periodically modified and refined as a species? In short, has our genetic make-up been manipulated by otherworldly beings that view human civilization as one big lab experiment?

“These are controversial and thought-provoking questions. They are also questions that demand answers, answers that may very well be found by examining those people whose blood type is Rh negative.

“The vast majority of humankind–85 to 90 percent–is Rh positive, which means a person’s red blood cells contain an antigen directly connected to the Rhesus monkey. This antigen is known as the Rh factor.

“Each and every primate on the planet has this antigen, except for one: the remaining 10 to 15 percent of humans. If the theory of evolution is valid–that each and every one of us is descended from ancient primates–shouldn’t we all be Rh positive? Yes, we should. But we’re not. The Negatives are unlike the rest of us. They are different.

“They are the unique individuals whose bloodline may have nothing less than extraterrestrial origins.” The nature of the differences between Rh blood factors and the origin of those differences are intriguing. The actual evidence presented in the book is interesting and a starting point. The blood factor difference, while intriguing needs more evidence in order to connect it with the the mysteries of the ancient and modern world, in my opinion. You can hear from the interview that Nick has incredible insight, depth of experience, and knowledge about the subject that he generously shares. Read Bloodline of the Gods and decide for yourself! In the Occult of Personality Membership Section, UFOlogist and author Nick Redfern shares his insights about my own UFO experience and its possible meaning, the high-strangeness and associated esoterica connected with UFOs, and more. Be sure to listen to that captivating conversation! Just go to http://occultofpersonality.net/membership/ and click the Join Now button to subscribe. Not only will you receive access to an amazing archive of exclusive content, but you’ll also be supporting the show!

Nick Redfern’s World of Whatever

Bloodline of the Gods: Unravel the Mystery of the Human Blood Type to Reveal the Aliens Among Us by Nick Redfern