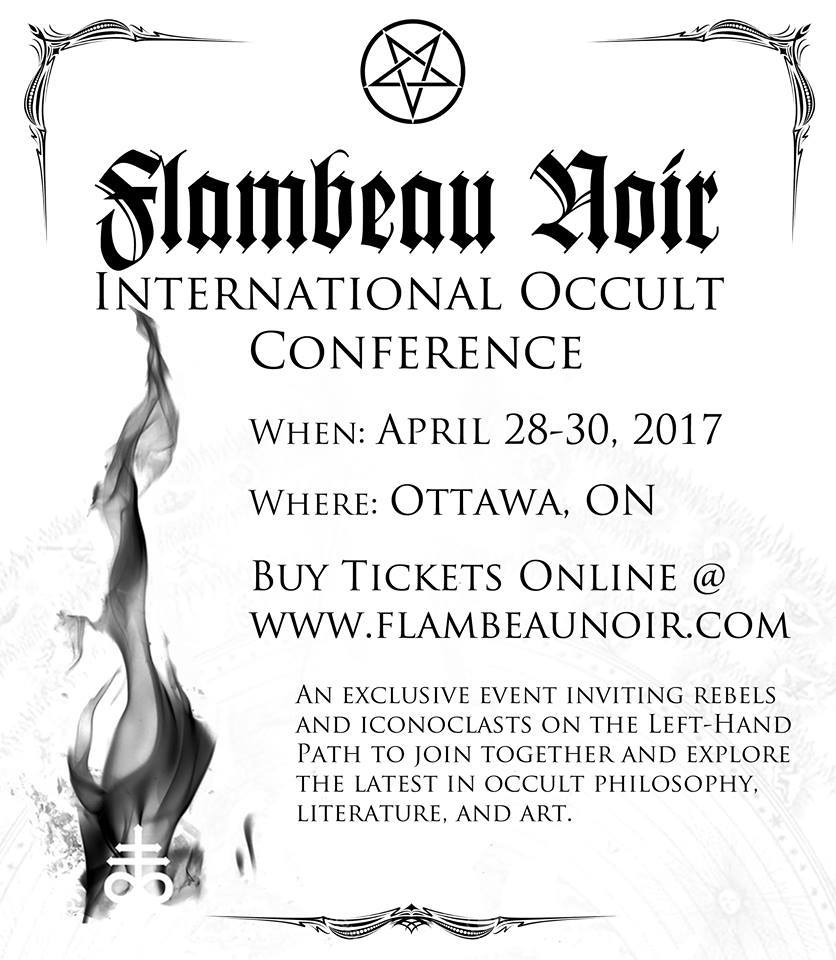 Helene Arts and Justin Dickie join us to discuss the upcoming Flambeau Noir International Left Hand Path Conference 2017 that they’re hosting, which takes place in Ottawa, Canada the weekend of April 28-30. “This conference is dedicated to le Flambeau Noir (the Black Flame), and brings together iconoclasts and rebels with contemporary occult practice, philosophy, literature, and arts.” Magick, witchcraft and the occult are Helene Art’s life-long passions. Her left-hand path work has been influenced by numerous frameworks, in particular Thelema and the Temple of Set, as well as her astrological practice of the past 20 years. She regularly teaches public workshops on a variety of occult-related topics. Several years ago she purchased the lands and premises now known as Witch Hollow, and her work there can be seen on the website www.witchhollow.ca. Helene is also a specialist in conflict resolution, and a professional mediator. In this field she is an author, university professor, and consultant. Helene holds a BA in Religious Studies & an MA in Human Systems Intervention. She is the manager for Montreal-based industrial metal band Projekt F. Justin Dickie is a native of Ottawa and works in the field of IT. His current areas of spiritual study are the runes, goetia, pythagorean philosophy & kundalini yoga. Justin has been practicing under the Draconian current for the last three years and has been a long-time reader of philosophy, psychology & mythology. “I’m very excited and humbled to co-host Flambeau Noir. It’s very important that we, wanderers of the LHP, have areas to congregate. To bring together all views & experiences that each individual has undergone so that we may further comprehend the many angles/elements/forms of the human spiritual experience. No one person has all the answers; no one human life can understand the all-encompassing mystery of life/death/rebirth.”

intro music by Siddartha – “The Buddha Is Not” http://freemusicarchive.org/music/Siddhartha/Freedom/Siddhartha_-_Freedom_-_06_The_Buddha_Is_Not