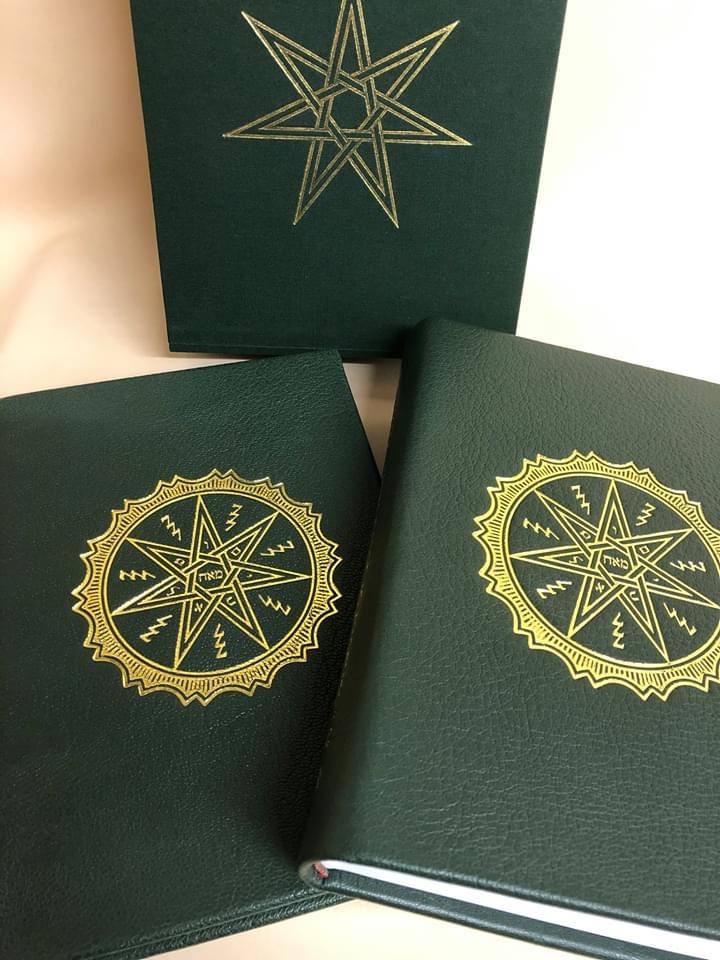 This is episode number 204 featuring an interview with scholar and initiate Stewart Clelland who is joining us to speak about the recently published THE GREEN BOOK OF THE ÉLUS COËN (The COMPLETE Manuscrit d’Alger 1772): A TREASURY OF COËN TEXTS IN TWO VOLUMES.

Occult of Personality podcast is made possible by you, the listeners, and by the subscribers to https://chamberofreflection.com, our membership site who aid us and the cause of informed, authentic, and accessible interviews about western esotericism. Thank you! Because of your support, we’re able to bring you recordings of this caliber and many more to come. Now, in episode #204, Stewart Clelland joins us to talk about the Élus Coëns, his work translating their texts and more! You can find Stewart online at https://sjaclelland.com/.

His research background is centred on esoteric spirituality and the practice of heterodox religious traditions with a particular interest in marginalised and persecuted religious communities, both historical and contemporary. Stewart’s work engages with Religious Studies specifically in the so-called ‘Western Esoteric Tradition’ or Hermetic Tradition in religious and philosophical thought. ‘THE GREEN BOOK OF THE ÉLUS COËN (The COMPLETE Manuscrit d’Alger 1772): A TREASURY OF COËN TEXTS IN TWO VOLUMES. This book is an English translation of an obscure and previously unpublished French eighteenth-century masonic manuscript (1770) known as Le Manuscript d’Alger or, ‘The Green Book of the Elu Coen’. Detailing the inner workings and highest degrees of an occult esoteric order known as the Elus Coën, this fascinating manuscript has been lost for more than two hundred and fifty years and has only recently come to light. The information contained here is a must for anyone with a serious passion for masonic history. It was translated by Stewart Clelland, edited by Josef Wages, and designed Steve Adams.

As the High-Degrees of Freemasonry swept across the landscape of eighteenth-century Europe, an obscure and occult order started to develop known as l’Ordre des Chevaliers Élus Coëns de l’Univers or the Order of Knight-Mason Elect-Cohens of the Universe, more commonly referred to as the Élus Coëns. Whilst once the most serious and illustrious of the eighteenth-century esoteric masonic societies, much of the Order’s authentic original materials have been lost or forgotten for centuries. This English translation of the rediscovered eighteenth-century Coën manuscript . . . was written by Léonard-Joseph Prunelle de Lière (1741- 1824), a close friend of Louis Claude de St Martin (1743-1803), and includes a copy of Pasqually’s list entitled ‘Alphabetical Table of 2,400 Names’ . . . Understood as a kind of directory of the celestial world, angels and spirits are alphabetically classified and each associated with two numbers. It is followed by a document of eighty-seven pages covered with hieroglyphic symbols from a variety of sources; Hebrew, Arabic, Egyptian and Phoenician. It is important to note that these luminous glyphs were not the actual goal of the operations. Pasqually saw in these glyphs signs that indicated to the theurgist that his reconciliation was in progress; the luminous glyphs are believed to be the marks of divine favor on the road to ‘reintegration.’ Also included from the ‘Fonds Prunelle de Lières’ is the strange ‘Book of Initaties’. A collection of 117 pages containing the messages delivered by an ‘Unknown Agent’ between 1785 and 1787 and excerpts from the magnetism sessions held in Lyon by Jean-Baptiste Willermoz. Additionally, and also a better-known element of this collection is the included manuscript of Les Nombres, a posthumous work by Louis-Claude de Saint-Martin. The copy included here is believed to have been copied directly from an original manuscript of the Unknown Philosopher.

Detailing the inner workings and highest degrees of the Order, this fascinating manuscript enlightens the reader in the true, very visceral nature of the Order. Requiring the utmost commitment, and a decidedly monastic lifestyle, the Order prescribed everything from hairstyle to diet. Far from the everyday festivities of mainstream Freemasonry, the Élus Coëns were spiritual warriors engaged in magical combat with angelic and demonic entities. These original rites of the Élus Coëns, instruct the initiate how to enter into relations with angelic spirits, which are sympathetic to Man’s fallen state, and who aid him upon the path to reintegration with the Divine.

After the death of the order’s founder, Martinez de Pasqually in 1774, the teachings of the Elu Coën were most certainly doomed to fade into the mists of history – this new volume sheds the most illuminating light yet on this fascinatingly hidden masonic history. It was delightful speaking with Stewart about these texts and his work more generally. In particular, I found it quite notable the manner in which the Élus Coëns were attempting to bring about a literal end of the world through their spiritual practice. While I certainly don’t share their view, it is remarkably interesting to learn about what could accurately be described as a radical doomsday cult. These primary source texts are crucial to the scholarship and historical understanding. The quality of the translation, editing, and overall design is most impressive, and I commend the work of this team in producing a majestic set of books.

New Book Published: The Green Book of the Élus Coën: A Treasury of Coën Texts

In the Chamber of Reflection, Stewart and I continue the interview about his work on the Elu Coen texts and his work which integrates academic research and teaching with his intense interest in Western esotericism. Join us for that excellent second half of the conversation! And if you haven’t already, please check out the recent recording, “On Virtue and the Practice of Virtue.” This is an exposition on virtue as the enactment of love and compassion through spiritual practice. Listen to those exclusive recordings at https://chamberofreflection.com or at our Patreon at https://www.patreon.com/occultofpersonality. Finally, we have a very brief survey for all the members of the Chamber of Reflection that will be linked on the website and in our Facebook group.