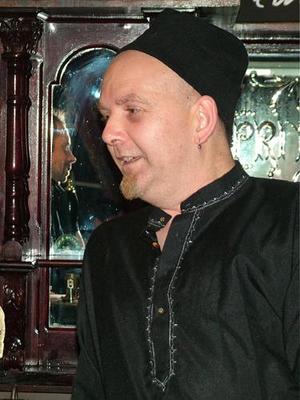 Publisher, scholar, and author Mogg Morgan joins us in podcast episode 184 to discuss independent publishing house, Mandrake of Oxford, as well as his recent books Isis: Goddess of Egypt and India and Phi-Neter: Power of the Egyptian Gods. “Mogg Morgan is a publisher, writer, pagan practitioner, independent scholar & theorist. He was Wellcome research student at Oxford, where his teacher was the late Professor B K Matilal, a widely respected expert on South Asian rational thought. He has published on both Indology & Egyptology. His books include Ayurveda: Medicine of the Gods and Sexual Magick. More recently, Morgan has authored a sequence of books combining academic research with practical experimentation beginning with Tankhem: Seth & Egyptian Magick, The Bull of Ombos: Seth and Egyptian Magick II, The Ritual Year in Ancient Egypt, Supernatural Assault in Ancient Egypt, Phi-Neter: Power of the Egyptian Gods, and Isis: Goddess of Egypt & India.” “The story of Isis and Osiris is the basis of Egypt’s most popular religion. In what follows I trace the origins of this to the Egypt’s pyramid age in the middle of the second millennia BCE. Arguably it is even older. A great deal of this book is devoted to describing what is known about the cult of Isis and Osiris from Egyptian records. This, I shall argue, is the basis for what comes later in the time-line, when the world was dominated by the Greek and Roman Empires. Isis and Osiris became the focus of a global religion and the basis of the most popular of all classical mystery cults. This is precisely the time at which a small, Near Eastern shrine was built in South-West India to service the needs of the merchant trading post. Mysteries of Isis were popular among all social classes in the ancient world, but especially mariners.

“In India we have a building which could itself be thought of as storing the memory of influences from each new wave of belief. We can follow the progress and transformation of its changing occupants, as each absorbs some of the archeological memory. Finally we arrive at its current incarnation and the celebration of the Bharani festival, which marks the beginning of the hot summer before the coming of the Monsoon rains.. . .”

Morgan’s work demonstrating continuity of the Egyptian religious cult over wide geographic and temporal distances is insightful and adds rich complexity to our understanding of these ancient deities and the people who worship(ped) them. I very much appreciate Morgan’s work along these lines, exploring the depth of ancient religious tradition and its extension into modern times. “Phi-Neter, means ‘Power of the Gods’. In hieroglyphs this is represented by the hind-quarters of a leopard, a “Typhonian” creature, a predator who exemplifies the driving force of magick. In this book the author extends the core working material of Egyptian magick for himself and others to study and use. These techniques are manifest in the cult of Lord Seth – known as Typhon by the Greeks – and by all the other Gods of the Egyptian pantheon.

“The Egyptian magician wields a power that was ultimately created by the Gods for the use of anyone who wishes to do their work. It is the same underlying power whether manipulated by Gods, priests, aristocrats, the common people or even the criminal. Same power, different ends.” Now in the Chamber of Reflection, the Occult of Personality membership section, there are a couple of new recordings for members—an interview with the publishers of Fraternal Review magazine discussing their reader-voted list of top Masonic books, and a profile of the originator of Christian Cabala, Giovanni Pico della Mirandola. Join now to receive access and support the show at https://chamberofreflection.com or via Patreon at https://www.patreon.com/occultofpersonality. And if you’re already supporting the show or have done so in the past – my heartfelt thanks and I salute you!

Isis: Goddess of Egypt and India by Chris Morgan by Mogg Morgan

Phi-Neter: Power of the Egyptian Gods by Mogg Morgan

Next post: Occultism and Traditionalism in Twentieth-Century Italy with Christian Giudice