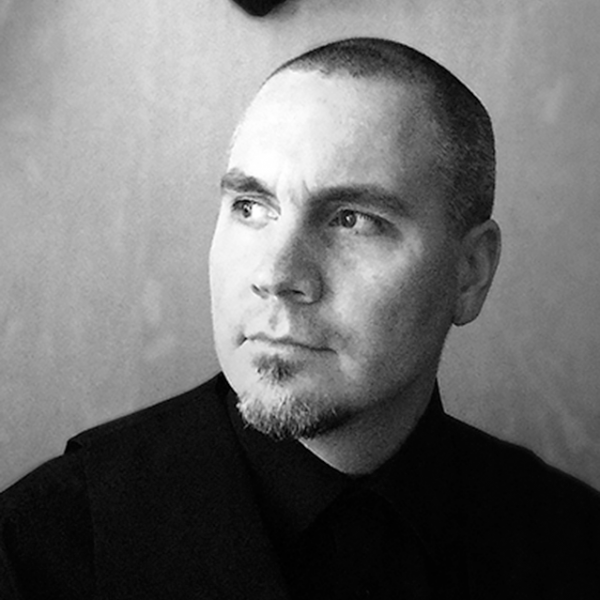 Richard Gavin is an acclaimed author whose work explores the realm where dread and the sublime conjoin. His supernatural tales have been published in five collections, including Sylvan Dread and At Fear’s Altar. In 2015 he co-edited (with Patricia Cram and Daniel A. Schulke) Penumbrae: An Occult Fiction Anthology. Richard’s works of esotericism have appeared in Starfire Journal, Clavis: Journal of Occult Arts, Letters and Experience, and The Luminous Stone. His nocturnal manifesto The Benighted Path: Primeval Gnosis and the Monstrous Soul was released by Theion Publishing in 2016. The twelve tales in Sylvan Dread examine the Sinister Pastoral, the transgressive power emergent from the landscape, the Forlorn Place, and the nightmare-inducing power of its concealed entic forms. Of this genre, the author has said:

“Too often human beings mistake the man-made environments that cloister them as being the world entire. But Nature was made neither by us nor for us. This primordial truth is one that many of my characters must grapple with in Sylvan Dread. The inversion of everyday preconceptions about life and death, materialism and the imaginal; the rush of the Hidden into the apparent; the sudden rending of the veil; these are what I consider to be the essential hallmarks of the Sinister Pastoral.” Richard Gavin’s work is exemplary in the realm of modern supernatural fiction. The dark tales in Sylvan Dread not only take the reader for a journey, they convey an unexpected depth of visceral feeling. While I didn’t have a chance to read his manifesto, The Benighted Path, it was eminently interesting to explore its themes with him during our talk. I think you’ll agree. While outside the scope of our interview, Gavin’s most recent work, The Moribund Portal, has just been announced. According to Richard, “[The book is] a concise monograph of esoteric non-fiction. It will be published in May 2018 by Three Hands Press. The cover painting is by the astonishingly talented Benjamin A Vierling.”

Beyond its vulgar function as a means of execution, the Gallows has long served as a source of esoteric power. From the severed appendage of the thief that becomes the Hand of Glory to the fallen seed that spawns the mandrake root, the Hanging Place is awash in the sinistral ambiance of authentic Sorcery. Richard Gavin weaves together threads of folklore, spiritism, and occult philosophy to create a tapestry of grim vitality. The Moribund Portal: Spectral Resonance and the Numen of the Gallows examines the subtle yet potent symbiosis that exists between the incarnate world and the realm of the Dead. This book’s exploration of the liminal space between firmament and earth, where Odin perceived the runes and Christ witnessed the celestial kingdom, is designed to illuminate the macabre portal through which one may glimpse the Otherworld.

At our membership site, Chamber of Reflection, hear Richard Gavin talk more about primeval gnosis and even offer some practical guidelines and ways for listeners to become better attuned to the rhythms of nature and thereby the natural state of mind. Join us for that wonderful conversation!

Although you’re able to listen to this podcast at no charge, it costs time and money to create. We ask you to support our efforts and the creation of future podcasts by joining the membership section at https://chamberofreflection.com or subscribing via Patreon at https://www.patreon.com/occultofpersonality. And if you’re already supporting the show or have done so in the past – my heartfelt thanks and I salute you!

The Moribund Portal: Spectral Resonance and the Numen of the Gallows by Richard Gavin

The Benighted Path: Primeval Gnosis and the Monstrous Soul by Richard Gavin

At Fear’s Altar by Richard Gavin