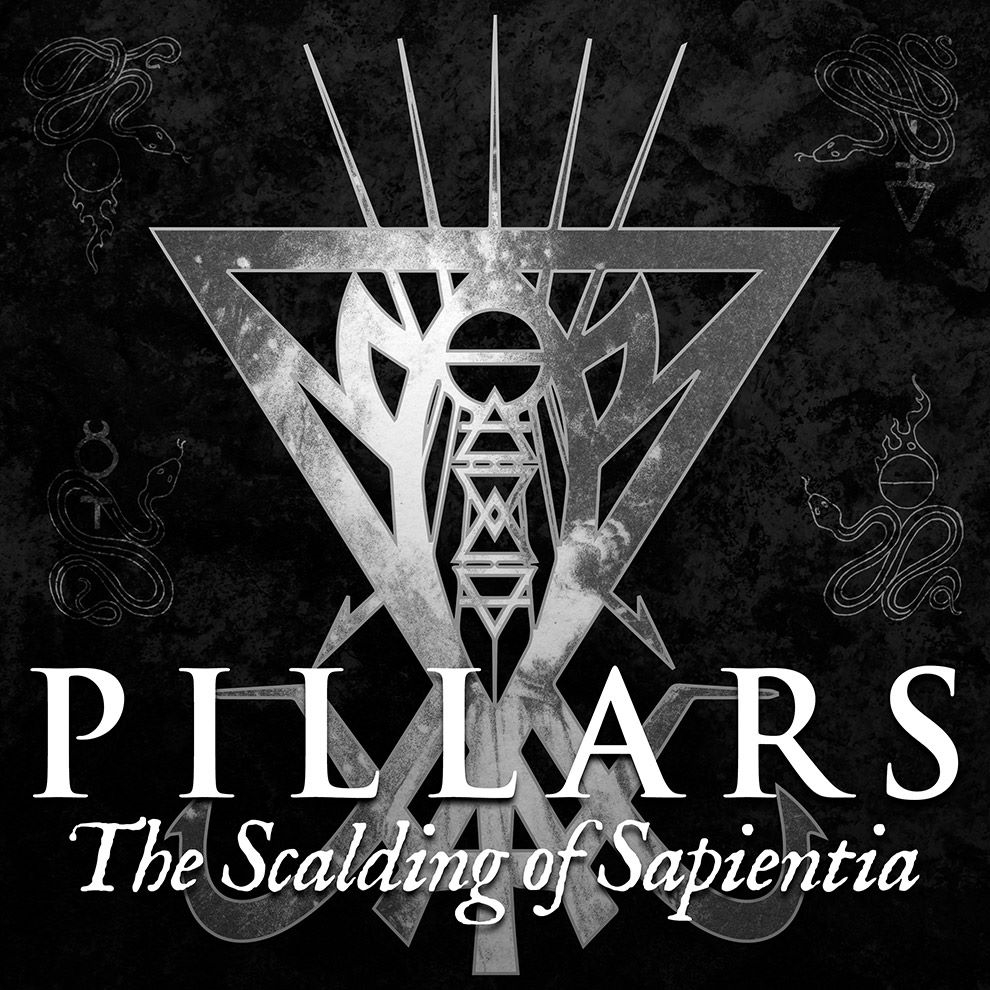 Gabriel McCaughry and Helene M. Arts are our guests in podcast episode 187 to discuss the new edition of Pillars: The Scalding of Sapientia from Anathema Publishing Ltd. “Of all the daimons that have plagued or blessed mankind throughout history, our muse, Wisdom, is perhaps the most elusive of all. Known by many names and terms – Gnosis, Sapientia, Pistis Sophia, and LuxFerre among many others – this varied and challenging topic is difficult to discuss using mere semantics; so liquid are Its inherent qualities and so fierce is Its passion!

“This spirit-force represents every manifested Idea and Ideal, be they creative intelligence or a self-annealing process that guides the pilgrim along the Path of Exile & Exalt. As a “living” and moving ethos/archetype/notion, Sapientia itself (regardless of chosen deific or prosaic name for it), is truly a discarnate entity. Its secrets are revealed simply, poignantly, and profoundly, but this gift comes at a certain price – a heavy and oftentimes formidable one at that!

“The theme of this upcoming issue could not be more Luciferian in essence, as it is the very foundation of Luciferian praxis and applied tenets. In layman’s terms, it revolves around the concept and application of “Sacrifice” in the pursuit of Truth, to reach Henosis with the Divine-Within.

“The Scalding of Sapientia is a compendium of personal operations, insights, journal entries and excerpts, detailed compilations and interpretations, notable turning points in one’s occult journey, and specifically, the zeniths and nadirs one can experience when undertaking such a colossal mission that may come with realizations that may either make or break one’s persona in the Cosmogony of the Possible.” Allow me to congratulate Gabriel on another marvelous tome. The new Pillars is a thing of beauty, containing many worthwhile essays. Several standouts include Craig Williams’ two essays, Helene’s contribution which she talks about during our interview, Gabriel’s written and visual pieces, Waggener’s essay, and Carl Abrahamsson’s “The Mega Golem is Alive and Well.” The covers of the book are magnificently conceived and executed. Perhaps most importantly, Pillars is an ongoing endeavor that provides stimulus and a container for esoteric expression, honoring that which shines in darkness, enshrining it in written form. If you don’t have a copy, you should. Anathema Publishing has established a solid record for exceptional books over the past few years and this is one of the best.

Gabriel McCaughry is the founder and operator of Anathema Publishing, also serving as the editor and curator of Pillars. Helene M. Arts contributed an outstanding essay to Pillars, “An Existential Crisis on the Left-Hand Path,” and appeared previously in Occult of Personality podcast episode 179. In the Chamber of Reflection, Helene M. Arts, Gabriel McCaughry, Rudolf, and I continue the interview. Gabriel and Helene share some secrets for aspiring publishers, artists, musicians, writers, and other creative types. Their experience is invaluable in this regard. Join us for that inspired conversation! Pillars: The Scalding of Sapientia