Jedidiah French – The Art and Science of Initiation 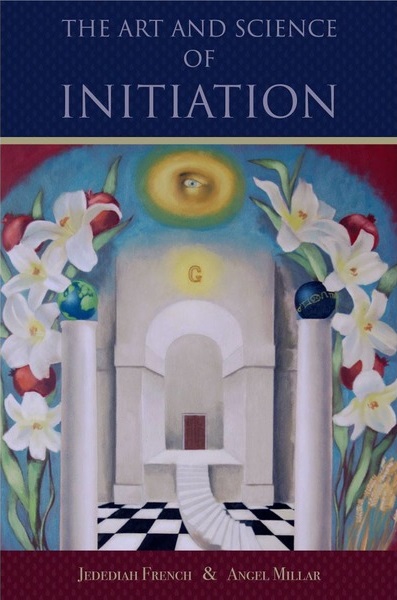 Welcome to Occult of Personality: esoteric podcast extraordinaire. I’m your host, Greg Kaminsky. This is episode 199 featuring an interview with Jedediah French, co-editor of The Art and Science of Initiation, recently published by Lewis Masonic. https://www.lewismasonic.co.uk/esoteric/the-art-and-science-of-initiation.htm Bro. Jedediah French is a founding member of Templum Rosae Lodge, No. 863 in Oakland, California. His articles have been published in Masonic books and periodicals, including Philalethes: The Journal of Masonic Research and Letters, The Plumbline, and The Square. He won the Award of Literature for 2016 for his article in Philalethes. He blogs occasionally at “Esoteric Freemasonry and the Western Mystery Tradition.”

I really love The Art and Science of Initiation. Jedediah French and Angel Millar have done a brilliant job putting it together. I highly recommend it. I also had a great time interviewing Jedediah, having known him for some time and following his work over the years. It’s been wonderful to watch him grow and it’s my pleasure to bring you this interview with him where we discuss his work on this essential new book.

In the Chamber of Reflection, Jedediah French and I begin the second half of the interview by discussing his research into the Asiatic Brethren, Sabbatean Frankism, Lurianic Kabbalah, and high-degree European Freemasonry. Apparently, the Asiatic Brethren was largely responsible for the re-introduction of Kabbalism into western esotericism via ritual degree lectures and possibly angelic workings, a notable and important link between antinomian Jewish and Christian fraternal esotericism. Next, we delve into the potential differences between ancient and modern initiations to determine what might be the factors to increase the likelihood that initiations be the reality-shattering events that they have the potential to be. Listen to that exclusive recording at https://chamberofreflection.com.