The Way of the Templar with Timothy Hogan 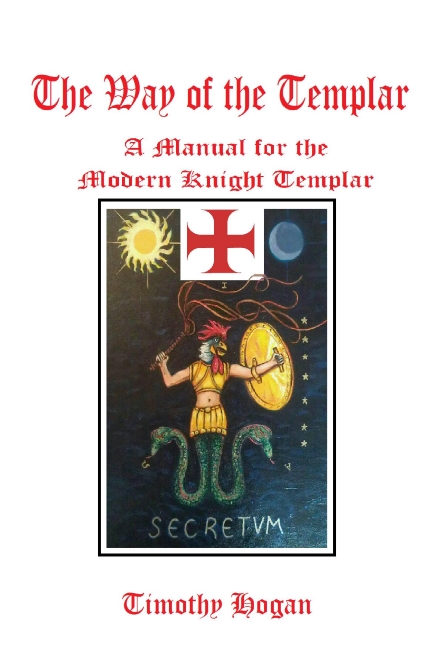 Author Timothy Hogan is our guest in podcast episode 161 to discuss his most recent book The Way of the Templar: A Manual for the Modern Knight Templar. Timothy Hogan is an author and lecturer on the mysteries of the Western esoteric tradition. He has been received, knighted, and initiated within several Templar lineages around the world. He is the current Grand Master of the Knights Templar (Ordre Souverain du Temple Initiatique) and is President of CIRCES International. He regularly speaks around the world in both public and private venues. He has appeared previously in Occult of Personality podcast episode 91 to discuss his books The Alchemical Keys to Masonic Ritual and The 32 Secret Paths of Solomon, and episode 124 talking about Entering the Chain of Union, his acclaimed book on comparative Western esotericism. “This is not a standard book on the Knights Templar. This book is a manual for the modern day Knight Templar. This book includes the secret history of the Templar Order, much of which has never been published in one place like this before. The book also contains an exploration of the Templar philosophy and challenges for the future. Rather than just exploring profane Templar history, this book provides the story behind the story. Regardless of what Templar lineage you may or may not belong to, the information provided in these pages are sure to resonate with anyone who has the heart of a Templar. It is a book written to prepare the Way for the Gnosis of the Grail, and to provide a sense of mission and direction to those brave chevalier preparing to do the Great Work in the Aquarian House we are collectively entering. Non nobis Domine, non nobis. Sed nomine Tuo da gloriam!” “The Knight Templar … the warrior monk … the Grail guardian. Such images conjure thoughts in the imagination that have inspired some to the greatest acts of nobility on the one hand, and have led others into escapism or worse – into zealous fanaticism with ideas of crusading against the others in the One human family… [R]egardless of what tradition or lineages a would be Templar comes from, it should be stressed, that the heart of a true Templar is found in one who desires with all of their being to protect the sacred – regardless of its source… By its very nature then, the foundation of Templarism rests on a gnosis, or a direct personal experiential knowledge of God and the divine – regardless of what cultural names are used for this Source. To keep this principle in mind is to drink from the Holy Grail.” – Timothy Hogan, Introduction, p.9-10 Timothy Hogan is a listener favorite for a number of reasons and it’s always a pleasure to hear the revelations he shares! The Way of the Templar reveals a good amount of information that I’ve never seen anywhere before which does fill in a lot of gaps. Whether you find it convincing or too convenient, I think it’s worth reading. I also appreciated the less fundamentalist and more tolerant perspective promoted by Hogan in this book. Additionally, the advice included at the conclusion to the book, “Templar Ideas to Remember” is worth it in and of itself. I highly recommend The Way of the Templar for all those interested in the saga of the Knights Templar, as well as guidance in applying the Templar philosophy in your life. In the Occult of Personality Membership Section, author Timothy Hogan talks more about the secret history of the Knights Templar, including the connections with gnosticism, the Larmenius Charter and survival of the original Templar Grand Master lineage, and much, much more. Don’t miss that revealing conversation. Just go to occultofpersonality.net/membership and sign up if you haven’t already. It’s the best way to support the podcast while receiving access to a tremendous amount of additional exclusive content.

The Way of the Templar: A Manual for the Modern Knight Templar by Timothy Hogan

The 32 Secret Paths of Solomon by Timothy Hogan

Entering the Chain of Union by Timothy Hogan

outro music – “In the Chapel at St. Ives No.1” by Hans Christian

Previous post: Natan Alexander and the Magickal Art of Tattoo